Throughout the 20th century, the United States was the largest global exporter of most grains and oilseeds, including corn, wheat, and soybeans. In recent years, other countries and regions have grown in importance – the Black Sea has become a major player in corn and wheat and South America has emerged as a leading global supplier of soybeans. Specifically, in the last several years, Brazil has overtaken the United States as the world’s largest producer and exporter of soybeans.

Brazil emerged as a significant soybean producer during the 1970s and 1980s, as different varieties of soybeans more adaptable to the Brazilian climate were introduced. Over the decades, production moved from the southern Brazilian states of Parana and Rio Grande do Sul into the Center-West region and states like Moto Grosso. The Center-West now produces about half of the soybeans in Brazil.

Several factors allowed Brazil to emerge as the global leader in soybean production and exports. First, Brazil simply had a significant amount of usable and relatively inexpensive land on which to grow crops. Production growth in the United States has been driven predominately by yield growth since the 1980s, while Brazil production growth has been driven by both yield growth and land under cultivation.

Thus, Brazil has multiplied its production by a factor of eight, while United States production has grown by 130 percent. Second, Brazil was lacking the underlying infrastructure to move physical product and spent years investing in roads and railways to solve the issues. The famous BR-163 highway, connecting Mato Grosso to the Amazon river and export ports, was finally completed in 2019, and will likely lower the cost of bringing Brazilian soybeans to market. In addition to Brazilian investment, China has been involved in the funding of railway projects that could further benefit the production and export of Brazilian soybeans.

As Brazil’s influence in the soybean market has grown, so too has the importance of the risk factors faced by producers in the United States and Brazil

Although the United States continues to produce and export more soybeans each crop year, the pace of both production and exports is much lower than the growth from Brazil. A few decades ago, the United States was responsible for about 80 percent of the entire world’s soybean exports. In crop year 2019/2020, the U.S. only accounted for about 29 percent of global soybean exports, while Brazil accounted for 37 percent. Therefore, even though both countries are continuing to grow their exports, a larger share of the global export pie is being captured by Brazil.

The U.S. trade war with China broke down the usually steady price relationship between U.S. and Brazilian soybeans

Therefore, Brazil tends to supply Chinese soybean demand from March through October, and the United States exports soybeans to China from October through March. Additionally, the price relationship between U.S. soybeans and Brazilian soybeans is usually stable. However, in times of disruption, such as during the U.S.-China trade war that started in 2018, the relationship between U.S. soybean prices and Brazilian soybean prices breaks down.

To address such shakeups in the market, a product that would facilitate price discovery and price risk management between U.S. and Brazilian soybeans benefit the market significantly. First, hedgers with any exposure to Brazilian soybean price movements will have a direct tool to offset their risk.

Though the Chicago Board Of Trade CBOT Soybean futures contract remains the global benchmark, Brazil is now the largest soybean producer and exporter in the world, and a derivatives contract that tracks the regional price is needed. Commercial firms with facilities in the United States, China, and/or Brazil will be able to trade the spread and manage their exposure across the globe or use one contract during the relevant harvest and export months. Lastly, a tool will be available to use in times of market interference or disruption when the Brazil-U.S. soybean basis is less stable, such as during a trade war.

As Brazil’s influence in the soybean market has grown, so too has the importance of the risk factors faced by producers in the United States and Brazil. Weather, trade, and other common risks take on global importance, and each have a material impact on the price of the world’s soybeans. 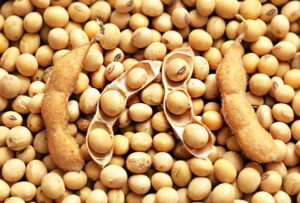 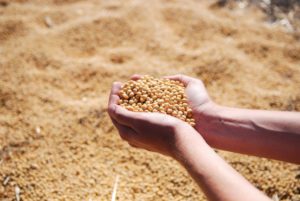