Brazil has the potential to step up exports to Morocco

The enhancement of trade was in discussion in an online event hosted by the Arab Chamber this Wednesday (9). The agricultural attaché at the Embassy of Brazil in Morocco, Nilson Guimarães, said sales of coffee, tropical fruit and other items from Brazil could increase.

There is a world of products that could be exported from Brazil to the Moroccan market. Such was one of the conclusions drawn in the webinar “Morocco and Brazil: Agribusiness Connecting continents,” hosted by the Arab Brazilian Chamber of Commerce (ABCC) this Wednesday (9) and viewed by an audience of 880 people. The agricultural attaché at the Embassy of Brazil in Morocco, Nilson Guimarães (pictured above), made the argument during the online event hosted by ABCC president Rubens Hannun.

Guimarães said Brazil can supply more coffee and tropical fruit to Morocco, as well as genetic material for poultry and livestock and what he called Brazilian biodiversity products such as yerba mate, babaçu oil, Baru nut, Brazil nut and açaí.Screenshot/YouTube

Last year saw roughly USD 270 million worth of goods exported from Brazil to Morocco. The best-sellers were sugar and grains, particularly maize, black pepper and coffee. According to Guimarães, exports increased the most this year for coffee, black pepper, sugar, and soy.

“Brazilian-Moroccan agricultural trade has increased substantially in 2020. In the first half, exports increased by 51.3% over a year ago, and Morocco became the third-biggest destination for Brazilian agricultural exports in Africa. Shipped volume also increased, by about 27%,” the attaché said.

In addition to the usual products, new ones could come into the picture. As a case in point, Guimarães said Morocco recently gave the green light to imports of poultry genetics (hatching eggs and day-old chicks) as well as fish and related products. According to him, seven other animal-based items are in discussion, including apiculture items, animal feed ingredients, natural packaging, dairy, cattle embryos and semen, and livestock.

The attaché said Brazil’s and Morocco’s farming industries are different and could complement one another. “Moroccan agriculture is based around small and medium-sized properties and specialty products in general. Brazilian agriculture is about commodities and large properties,” he said before going on to discuss differences in climate and rainfall frequency.

Apart from fertilizer and sardines, Guimarães said Morocco could supply frozen red fruit (Brazil does import frozen strawberries from Morocco), olive oil and olive preserves, as well as Argan oil, which can be used in cooking and cosmetics – the latter being more widespread in Brazil.

According to Amaral, yields have greatly increased in Brazil since the 1970s. “Planted area increased by about 30%, while output increased by 390%. Yields increased by over 260% and that’s all a result of technology being employed. It’s what we call a ‘land-saver.’ Output has gone up while the area remained the same. That can only be achieved through technology,” he said.

Science-based farming, he said, is able to increase productivity through the input of state-level organizations, Brazilian universities, the federal professional training network, and Embrapa, which boasts 43 research centers and over 2,200 researchers across Brazil.

Amaral said the biggest challenges when it comes to innovation are bringing about integration and connectivity in decision-making when it comes to precision and digital agriculture; connecting devices and sensors. and integrated digital platforms for irrigation and the analysis of soils, plants and animals. That can be done through public-private partnerships, knowledge transfer, licensing, and service provision.

OCP, which is Morocco’s leading fertilizer manufacturer, has an arm in Brazil. Local head Olavio Takenaka discussed Brazil’s status as a strategic market. He said that even though Brazil is a major player when it comes to commodities and one of the biggest agricultural exporting countries in the world, Brazil’s soil is nutrient-deficient. As a result, it needs to import fertilizers – particularly phosphate-, nitrogen- and potassium-based ones. According to him, Brazil imports over 60% of its phosphate needs, 75% of its nitrogen needs, and 90% of potassium needs.Screenshot/YouTube

“According to the United Nations Food and Agriculture Organizatoin (FAO), Brazil will need to provide 40% of the needed increment in food to meet the needs of 10 million people by 2050. We have a major challenge facing us in multiple fields, especially fertilizers if we are to supply adequate product in proper amounts. Morocco has vast reserves. It has over 70% of the world’s phosphorus reserves, and we will keep supplying Brazil with quality product at the right time,” he said.

OCP is a centennial state-run Moroccan company. It has been supplying product to Brazil for over 30 years now. It opened its first branch in Brazil in 2010. Now, it has 10 branches across the country, and it’s expected to add another five by next year. Takenaka says Brazil is a key market for the company. OCP is working in tandem with Embrapa to map out Brazilian soils. It is also working on research facilitation and researcher exchange.

“Brazil has a global responsibility, because it has all this wealth of vast areas, its climate, its technical prowess and its technology. Fertilizers from OCP and Morocco will be on that long road to 2050, to supply about 10 billion people with food,” he said.

The ABCC’s president agreed with Takenaka. “Brazil will surely achieve that bold, though viable output. We have a firm belief in that complementarity and in our path together,” he said. Hannun argued that the ABCC’s role is to connect different parties to bring about the development of trade, as well as social and cultural relations between Brazil and the Arab countries.

The president of the ABCC also invited viewers to join the Brazil-Arab Countries Economic Forum, themed “The Future is Now” and taking place online from October 19 to 22. “Discussions will include strategic partnerships, new ways of doing business, food security, halal development, etc.

AnteriorAnteriorPoultry exports from Brazil up 11% in August
PróximoBrazil’s sugar production up 16pc; ethanol sales down 13pcPróximo 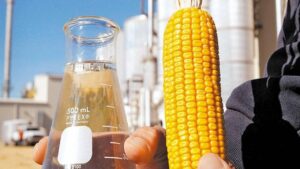 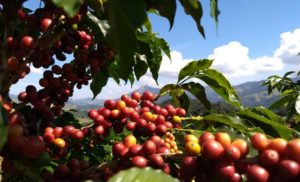